UltraDart, SuperVOOC, HyperCharge and more: The Battle of the Fast Chargers

How convenient is it to half-charge your phone in a few minutes before leaving the house thanks to a fast charger? Warp Charge, Super VOOC and Quick Charge are important technologies, but manufacturers have also caused quite a bit of chaos in the battle for the best charging technology. The following table shows which manufacturer uses which technology with which performance:

Standards for fast charging among themselves

But do Oppo, OnePlus and Xiaomi really outperform popular manufacturers like Samsung and Apple, or are there reasons against the fast technologies? To understand this, let’s take a look at what actually happens during fast charging.

Mobile phone fast charging: how does it work?

Lithium-ion batteries are used in smartphones. The battery capacity, which is usually between 3,000 and 7,000 mAh, can power various parts of the phone for several hours or days. If the battery is depleted, ie all lithium ions have migrated from the negative electrode to the positive, this process can be reversed by using an external power supply and recharging the battery. 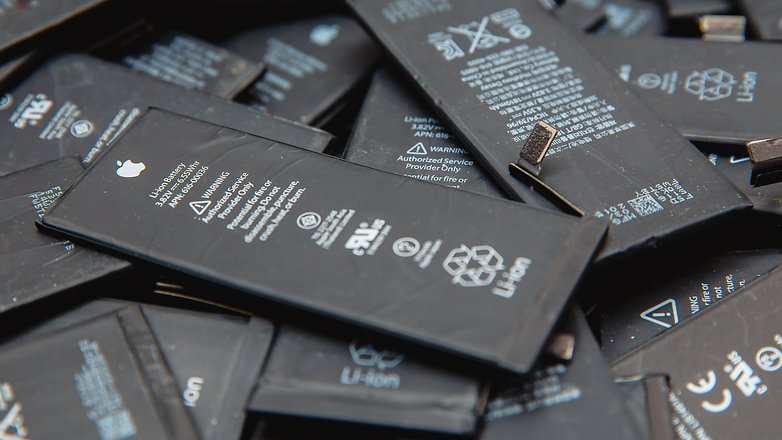 At the same time, the manufacturer divides the required battery power between two batteries, which means that both halves can be supplied with power separately. So instead of filling a large pool with a single tap, fill two pools with two taps. Thus, without increasing the load on each individual battery, the speed is doubled.

Unfortunately, smartphone manufacturers have developed their own standards and have increasingly diverged from the former USB-PD and Qualcomm’s Quick Charge standards in recent years. Therefore, you should definitely pay attention to whether your charger supports the required protocols, even if it supports the technical requirements for charging. Of course we will also look at that.

Every Android phone offers a USB port for charging and data transfer, so the maximum charging speeds always depend on the USB standard. USB-PD (USB Power-Delivery) has been trying for several years to standardize the USB plug for portable electronic chargers.

Today, not only smartphones, but also notebook computers and larger gadgets can be charged at high speeds with a single power supply. USB-PD is usually offered in combination with USB-C. As more and more devices support this standard, you can, for example, charge a Google Pixel 6 Pro using the same adapter as the MacBook Air, while still using the fast charging option. 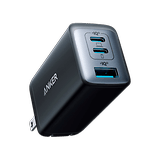 In 2021, the USB-IF – USB Implementers Forum – announced revision 3.1 of the USB-PD specification, which added three new voltage options to the USB-C specification: 28 V, 36 V and 48 V, increasing the output of the charger the 140 W, 180 W and 240 W. These are not necessarily designed for phones, but can theoretically be used for our mobile phones.

As usual with a new USB specification comes (lots of) new logos! / © USB IF

While USB-PD mainly offers advantages when simultaneously charging multiple devices via a USB plug, there is also the USB-PPS protocol. The standard “Programmable Power Supply” is not directly related to faster charging, but affects efficiency and safety during charging.

When charging with a compatible device and adapter, the phone (or tablet, PC, etc.) may periodically request changes in voltage and current to the charger, which can be increased as the batteries cool or decreased if the device starts to charge too much to get hot. This level of control may not provide the fastest possible charging speeds, but it can potentially extend battery life.

The chip manufacturer Qualcomm offers the “Quick Charge” standard, which can be found in most Android smartphones in recent years. This is because Qualcomm is one of the largest suppliers of phone processors and was one of the first companies to propose a fast charging standard, back in the old micro USB days.

Largely interoperable with USB-PD and PPS, Quick Charge 5 promises more than 100 watts at 20 volts and 5+ amps. The QC5 standard can be found on devices such as the Asus ROG Phone 5, Xiaomi 11T Pro and Nubia RedMagic 6 Pro, usually with lower wattages. A full list of compatible devices and chargers can be found on the linked Qualcomm page. 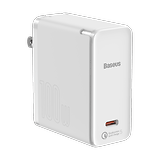 Oppo, or rather the Oppo, Realme, OnePlus and Vivo brands belonging to BBK, decided early on to develop their own standard and were able to establish ultra-fast phone charging as a trademark for themselves while competing with Xiaomi’s time. The latest SuperVOOC runs at up to 240 watts and fully charges a 4,500 mAh battery in nine minutes, with a 50% charge in 3min30s. 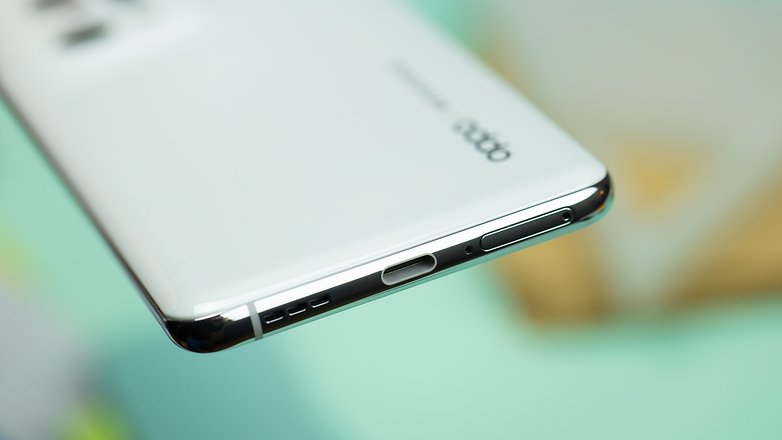 Both the UltraVOOC 240 and Realme’s UltraDart 200, also announced at MWC 2022, have no release date yet. However, both companies announced a 150W version that will be released in the second quarter of 2022.

It’s worth pointing out that in order to use the Oppo/OnePlus/Realme/Vivo/iQOO fast charging standards, you’ll need to use a compatible adapter, which is only provided by those brands.

After years of not using any kind of branding for its fast chargers, Xiaomi decided to challenge BBK’s brands and announced the Xiaomi 11T Pro with its HyperCharge adapter in 2021. At up to 120W, the 11T Pro was fully charged in just 17 minutes in our test. Curiously, the same phone is also on Qualcomm’s official Quick Charge 5 support list, preserving Xiaomi’s tradition of offering phones and chargers that meet the standards.

Since a few iPhone generations, you can also charge Apple smartphones about half in half an hour – and that even though the Cupertino manufacturer still sticks to its Lightning standard instead of also switching to USB- c. However, this only applies to the charging ports on the iPhone models themselves; Apple equips its own power adapters and also its iPads with USB-C.

If you want to quickly charge your iPhone, Apple recommends power adapters with a minimum of 20 watts and also recommends using only Apple’s own USB-C to Lightning cables. This is especially relevant when using a MacBook with a USB-C charger. Since these offer a whopping 61 watts, fast charging also works via this. You can also use third party chargers with the required power. This is especially important since the iPhone 12, as Apple decided to take the charger out of the phone’s box. 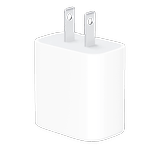 Not to miss out on Qualcomm’s rival, the Taiwanese SoC manufacturer also announced its own fast-charging standard. But aside from a 2018 blog post and a popular site, the initiative doesn’t seem to have caught on with phone brands…

Is fast charging harmful to the battery?

After looking only at the benefits of super-fast charging of smartphone batteries so far, we have to ask ourselves whether it’s all that convenient. When do you charge your phone? Do you wait until it is really empty or does the phone charge every night?

Personally, I charge my phone every night. Since I work a lot with my smartphone, that is usually very necessary. But I don’t care how fast the phone fills up when I’m in the next room (cue digital detoxing) and asleep. To avoid straining the battery, I usually just turn off fast charging – but is it really necessary?

Especially with Android brands promising more than two years of software support for their phones, the usual benchmark for which batteries are generally tested may not be enough for the life of the phones.

We spoke to specialists about whether fast charging actually damages our phones, and the answers didn’t seem to enlighten the NextPit community. Read the linked article and if you’re still unfamiliar with using fast charging, the feature can usually be disabled on most phones.

If your phone has an integrated QI coil and you’ve already equipped your home with matching charging stations, you definitely don’t want to return to the world of wired charging. Wireless charging is making its way to many more phones and could even work over several meters in the near future. However, beyond the greater distance, the future of wireless charging lies in its increased efficiency. 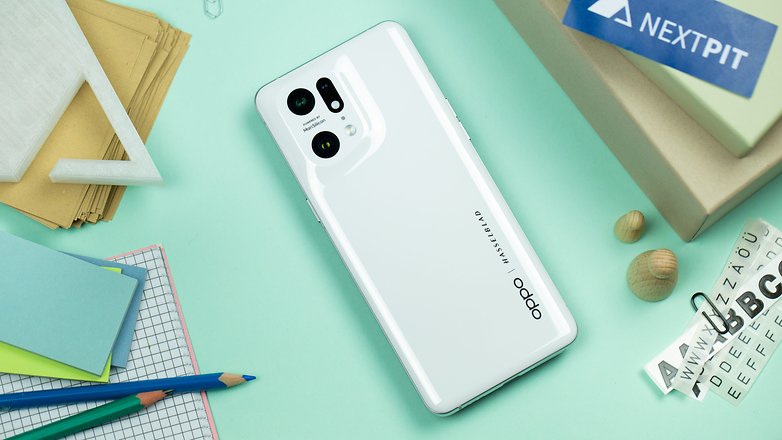 Wireless charging in commercial devices has also evolved beyond industry standards, with the ubiquitous Qi specification going up to 15W. We can find phones that can charge much faster, but for that we have to look again at the Chinese brands.

For example, Oppo has announced its AirVOOC 65W charger, but it offers up to 50W with its current (in 2022) flagship Find X5 Pro, a wattage already found on the Xiaomi Mi 10 Ultra, released in 2020. Just like the wired one. chargers, both models require special charging pads to reach those numbers, so you can’t take advantage of the faster speed in charging stations integrated into IKEA lamps. 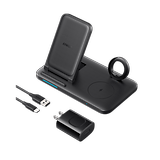 While all of this is very useful, consider the efficiency of wireless charging. This is not only highly dependent on the positioning of the charging coils, but energy is always lost with inductive charging. So it is not really efficient to put the phone on a Qi charging station in the evening.

And you? What are your charging habits? Do you choose wired or wireless chargers? Do you also have fast charging power banks? Share your experiences in the comments below!

Article updated in March 2022 with the latest announcements in the field. Comments posted before that date have not been removed and may refer to earlier versions of this page.

This post UltraDart, SuperVOOC, HyperCharge and more: The Battle of the Fast Chargers

was original published at “https://www.nextpit.com/charging-standards-comparison”