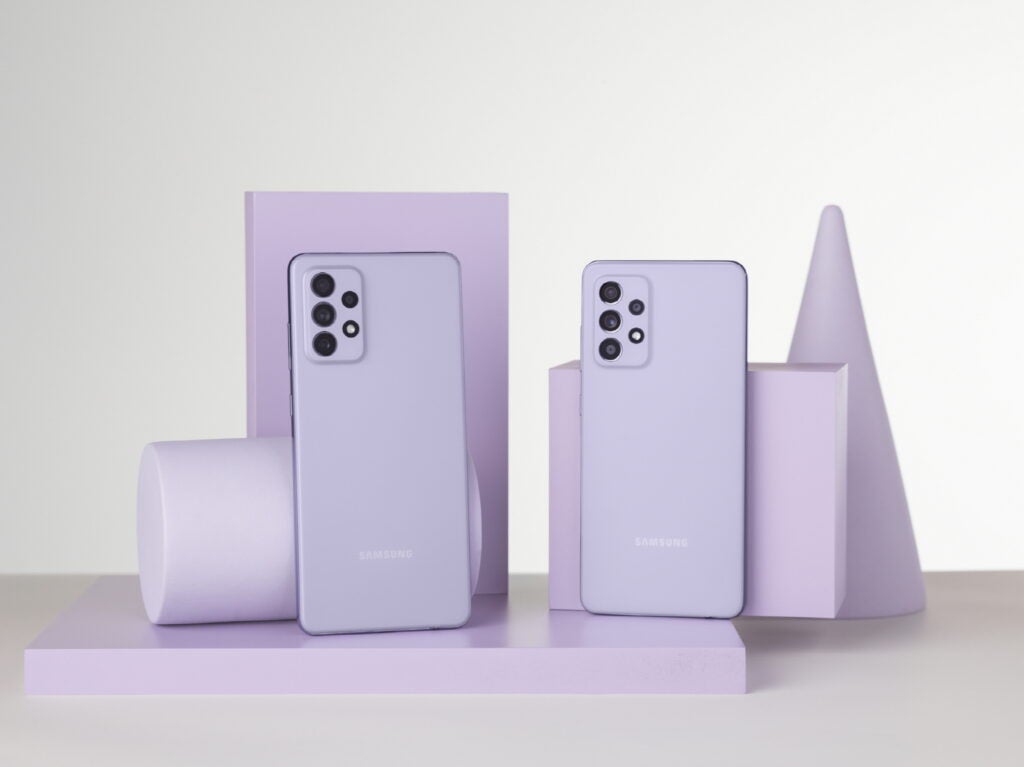 We may have just gotten our first official look at the Samsung Galaxy A73 in a render.

Leaker Evan Blass posted the image, which he claims is an official press photo of the Galaxy A73, in an exclusive report for 91Mobiles.

The most interesting aspect here is the phone’s incredibly thin bezel, which appears to be even thinner than the one on the A72. As the report notes, the A73 has a much higher screen-to-body ratio than early renders of the Galaxy A53 would suggest for the other A-series phone.

On the right you will see the volume rocker and a power key.

This particular press shot gives us a taste of a white finish around the edges, but as with the phone’s predecessor, we expect it to come in multiple colors. The A72 came in black, along with pastel purples, blues and whites.

So, what else do we know about the Galaxy A73?

A device rumored to be the phone recently passed the Geekbench benchmark tests suggesting that it would run the Snapdragon 778G chipset, 8GB of RAM, support for Bluetooth 5.0 and Android 12 (via GSMArena).

Other rumored specs include a 6.7-inch FHD+ AMOLED display with a 120Hz refresh rate, 128GB of storage, a water resistance rating of IP67, and a large 5000mAh battery with support for 25W charging.

The camera will reportedly feature a 108 megapixel main camera along with 12 megapixel, 8 megapixel and 2 megapixel sensors.

Of course, we will have to wait for the Galaxy A73 to be launched to find out if these renderings are correct.

Both the A73 and A53 are expected to launch anytime soon as it’s been about a year since their predecessors launched at Samsung’s 2021 Spring Unpacked event.

was original published at “https://www.trustedreviews.com/news/this-leak-could-be-our-first-look-at-the-samsung-galaxy-a73-4216039?utm_source=keystone&utm_medium=keystone_core_reviews_rss&utm_campaign=trusted+reviews”