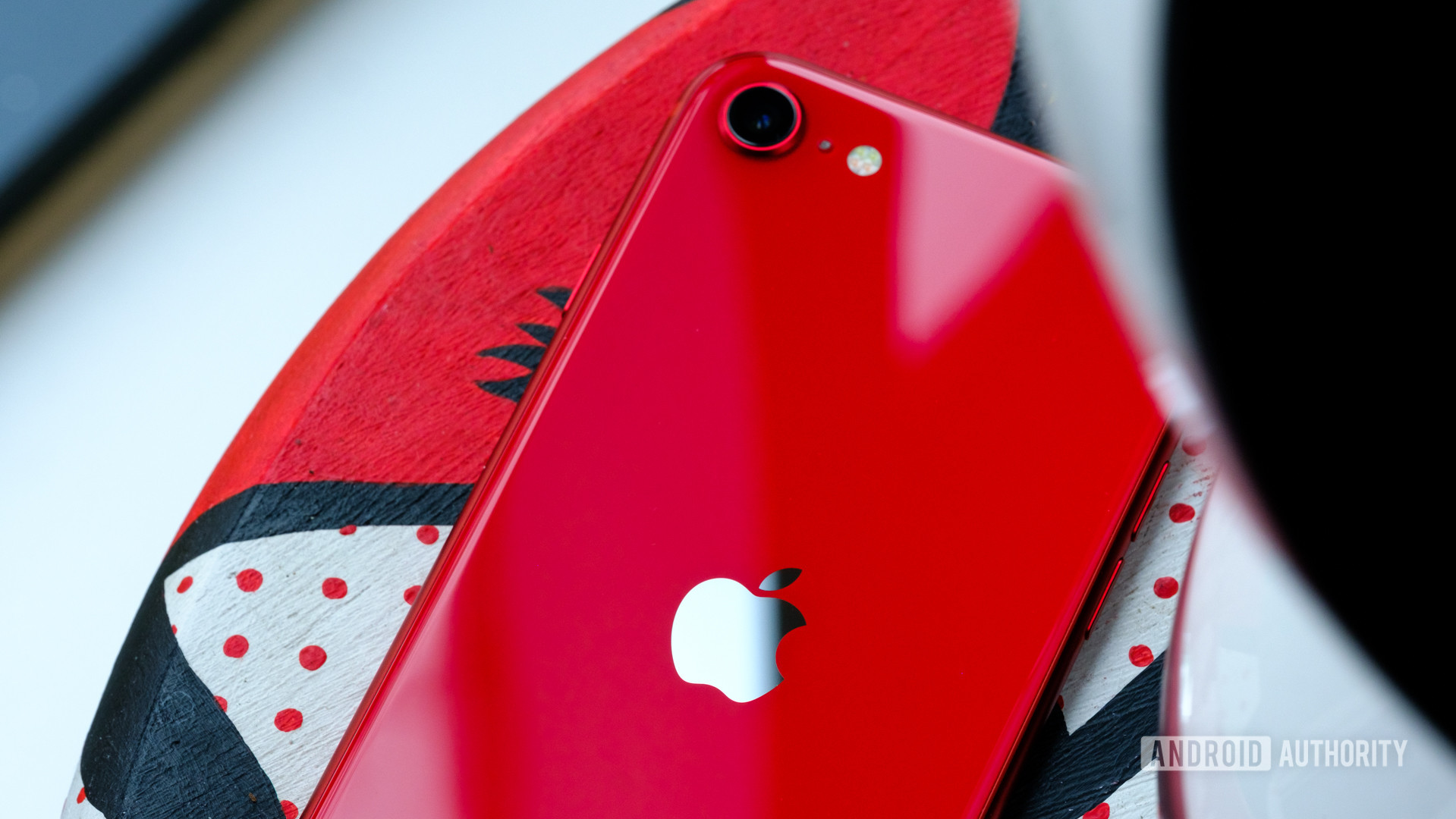 Remember when Apple upgraded the base storage in its iPhone 13 series to 128GB? The mood around the internet was one of “Thank you, Cupertino, it’s about time.” Well, Apple seems to have learned that lesson — or at least decided that there are limits to who earns enough storage space to get by. This week it launched a brand new iPhone SE and an M1-powered iPad Air, but kept 64GB of storage on the base model of each.

Sorry, Apple, it just isn’t good enough anymore. Actually, it hasn’t been good enough for a while now. A quick look at the competition is more than enough to tell you that.

What does a dollar get you? 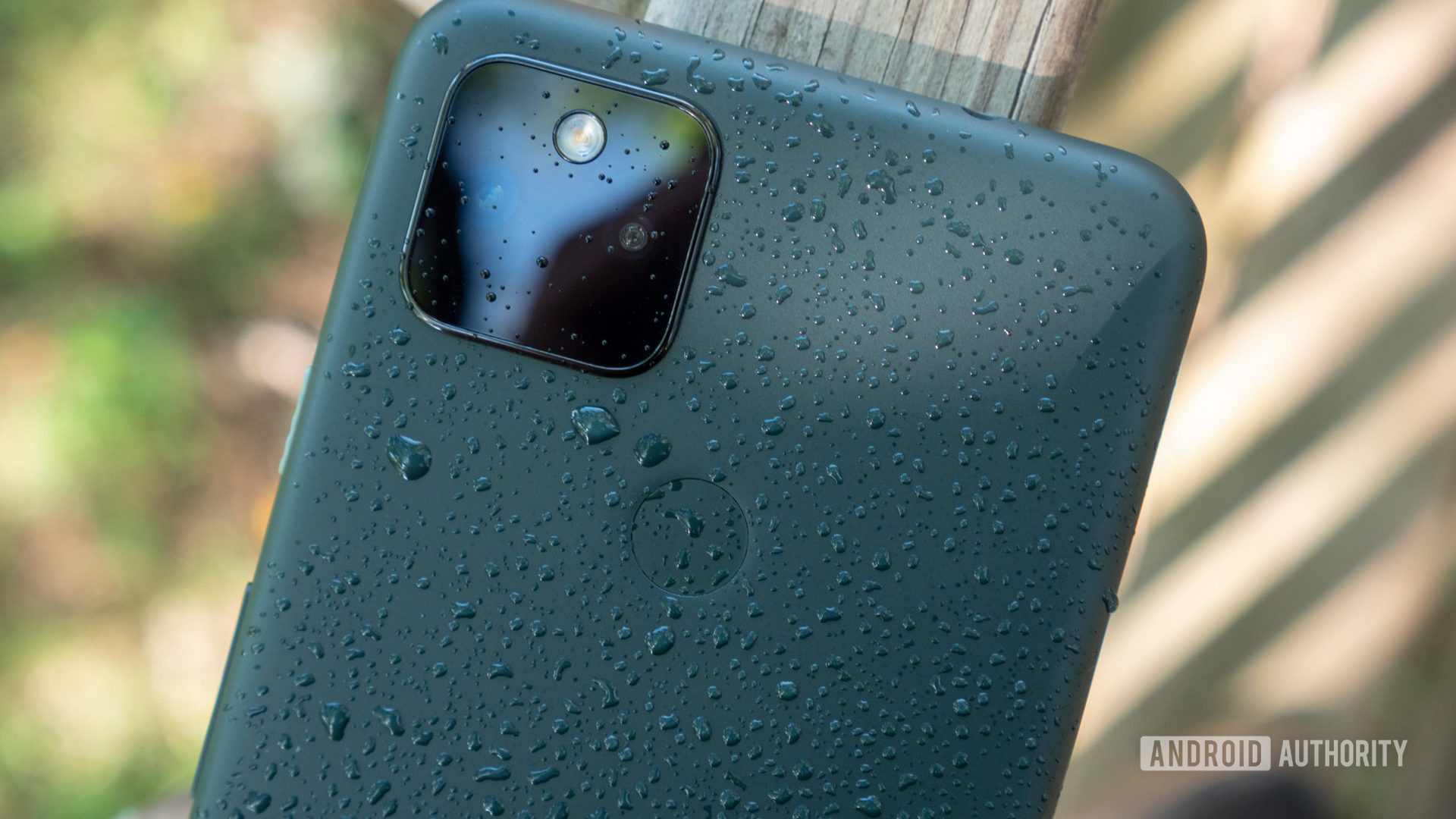 The iPhone SE is unique in Apple’s ecosystem. It’s smaller, more affordable and has a familiar – albeit very dated – design. However, it is slowly but surely becoming less attractive, especially in light of improving budget and mid-range markets. You can get a lot these days for $429 — the base price of the iPhone SE — and even more if you’re willing to spend closer to the $579 maximum allowance.

Google’s Pixel 5a is a perfect example. It costs $449, slightly more than the iPhone SE, but it offers 128 GB of basic storage and 6 GB of RAM. The budget-friendly Pixel also adds a second rear camera. Apple hasn’t brought an IP rating to its budget phone, but the Pixel 5a offers lasting IP67 certification.

You can get a lot for about $429, just not in the Apple ecosystem.

If you want to compare a device closer to the top-end iPhone SE, the base model Pixel 6 costs just $20 more. Google’s affordable flagship starts at $599 but offers a full flagship experience rather than a dated design with a 4.7-inch screen. It has a 6.4-inch display, an improved rear camera (with the image processing power of Google), and Gorilla Glass Victus all around. Yes, you get Apple’s premium A15 Bionic chip on the iPhone SE, but is 256GB of storage worth the extra $150?

I need to clarify – I’m not saying that 64GB of storage is unacceptable for all phones. However, it has nothing to do with an asking price of $429. For example, Samsung’s Galaxy A13 is a good budget device, offering 64GB of storage and 5G speeds for just $249. In this case, the storage feels more appropriate for what you’re paying. . In fact, the Galaxy A13 offers expandable storage thanks to its onboard microSD slot — not something the iPhone SE can match.

It’s hard for us to say exactly what Apple is paying to put 64GB of storage on its iPhone SE compared to what 128GB would cost. However, we can look at the difference in microSD card costs for a small hint. A standard 64GB microSD from SanDisk would set you back about $14, while the jump to 128GB is just $21. Granted, these are public prices, so Apple would probably pay even less given the sheer volume. Anyway, if an extra $7 upgrade is too much for a phone that costs $429, then Apple probably has bigger problems to work out. The company may charge $19 for a cleaning cloth, it can probably find a way to cover the cost.

See also: The best budget phones you can buy 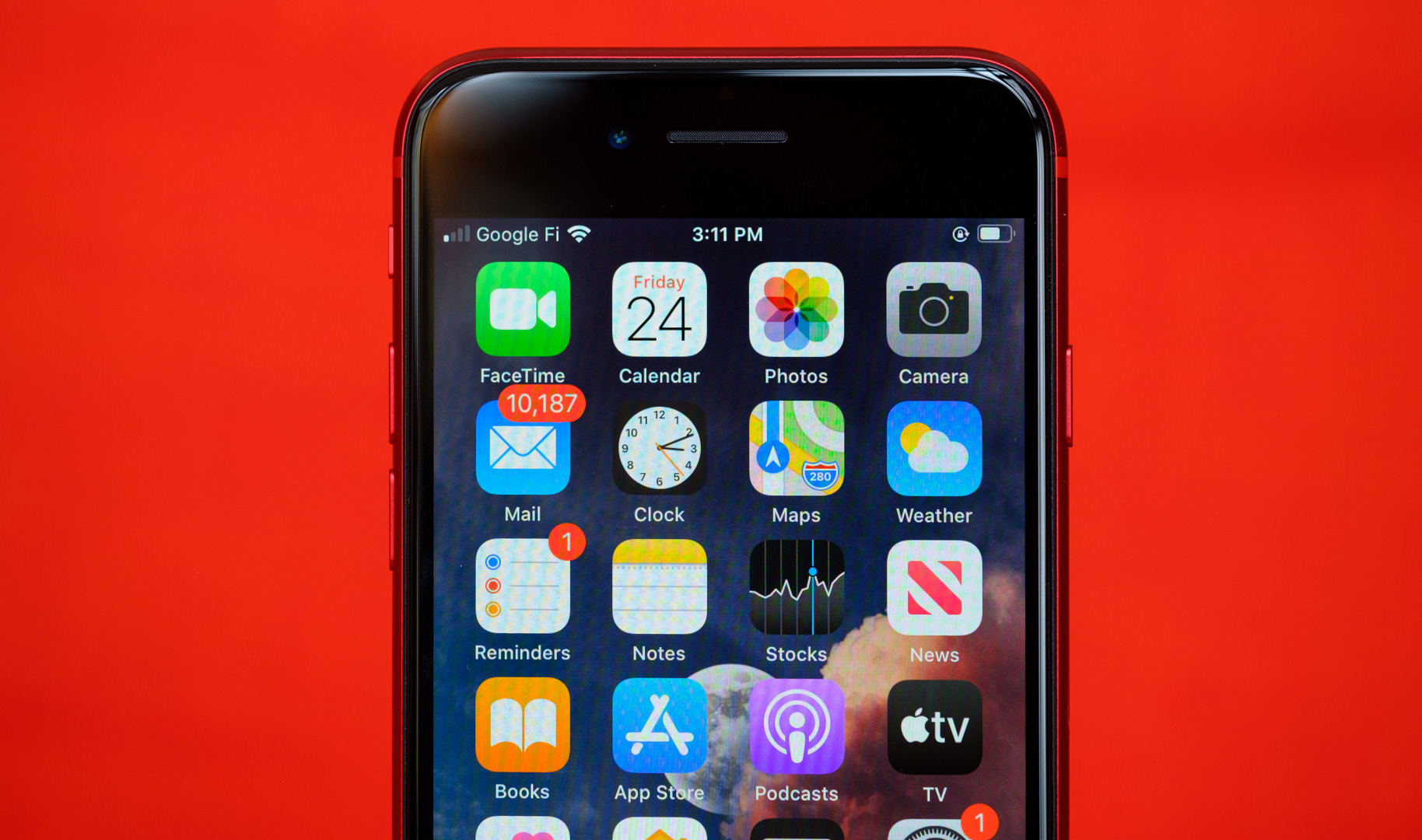 If you’re concerned about limited onboard storage, throw things in the cloud, right? Well, sure, you can do that. However, the cloud does not always work as a comprehensive solution. Apple is happy to give you a small 5GB piece of iCloud when you sign up, but it’s pretty easy to fill that and more. After all, many phones — including the iPhone SE — are capable of 4K video or sharper, which eats up storage quickly.

Once you run out of storage space, you’ll have to pay a monthly fee to save more of your own stuff. Apple’s cost isn’t unreasonable, starting at about $1 a month for 50GB, but you have to remember that there are things you can’t store in the cloud. Some of the most popular apps like WhatsApp or Facebook start out relatively small but can quickly grow to over 1GB before you realize it.

The cloud is great for photos and video, but games and operating systems still eat up your precious storage space.

If you want to add games like Call of Duty Mobile, that’s 2.4 GB straight away. You could delete it when you’re not playing, but then you’ll have to face another huge download to get it back to your phone. Add in other games, like Hello, Neighbor (1.7GB) or Asphalt 9 (2.6GB), and your 64GB of storage really starts to evaporate.

There’s another important part of your iPhone that you can’t just add to the cloud: iOS itself. My iPhone 12 Pro registers about 8.5 GB for the system, and that’s with a few updates on top.

All things considered, an impressive cloud configuration cannot save you from limited fixed storage. The SE may not quite have the creations of its iPhone 13 siblings, but it has the A15 Bionic heart to stay in the game. It’s ready to take sharp shots and power through mobile games, but the low storage forces you to play favorites and choose carefully what to use your phone for.

Looking for cheap cloud storage? These providers offer the most space

What about the iPad? 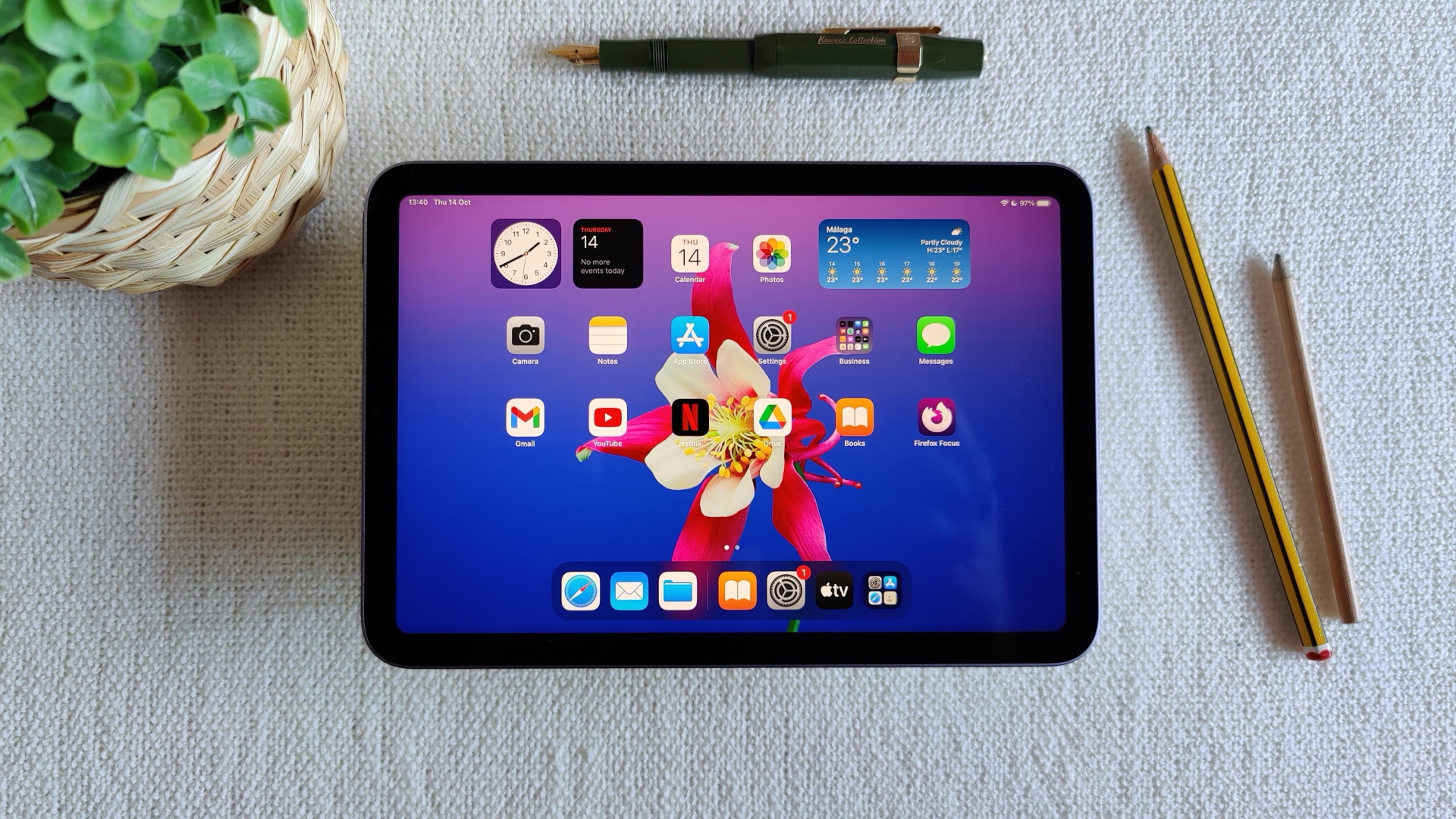 So the iPhone SE launched with 64GB of base storage, but surely Apple is only concerned with its budget phone, right? Well no. Powered by the acclaimed M1 chip, the new iPad Air has the makings of a productivity beast, with 5G support, Apple Pencil support, a beautiful 10.9-inch Liquid Retina display, and… 64GB of basic storage.

Admittedly, the iPad family used to launch with just 32GB of onboard storage, so Apple has already raised the floor once. Unfortunately, it has only risen from a basement to a basement. 64 GB of storage is still the standard for almost all iPads, except for the iPad Pro.

The M1 iPad Air is billed as a performance machine, but the basic storage suggests otherwise.

That base storage, just like on the iPhone SE, gives the powerful processor a very shaky foundation to stand on. What good is the impressive M1 if you have to carefully calculate how much storage space each new app will take up? Apple wants you to edit your photos and videos into even more impressive works of art, but that also eats up storage. The 10.9-inch Liquid Retina display should be great for games and movies, but you could be spending too much time playing Tetris to keep all your favorites close at hand. And let’s not forget that you will probably keep your iPad for years to come. 64GB may be manageable now, but what about 2025 or 2026?

Apple’s powerful new tablet also costs a hefty $599. By comparison, you can get Samsung’s base-model Galaxy Tab S8 with 128GB of storage and an included S Pen for $699. If you’ve wanted to add an Apple Pencil to your new iPad, check it out. you to an extra $120 or so. Once you start adding things up, a top-quality iPad Air with 256GB of storage and an Apple Pencil will set you back somewhere around $879. The same configuration of a Galaxy Tab S8 costs $779, and Samsung offers a much more generous trade-in policy regardless. where your device comes from.

Of course, you already know that Apple’s 64GB storage policy is not enough. We polled you once the announcement was made, and you were more than happy to tell us (by a two-thirds margin) that it’s just not enough – at least not without a microSD slot.

At the end of the day, Apple seems pretty confident that 64GB of storage will be enough in 2022. If you’re planning on using your new device to the fullest, you already know that’s not the case. We can hope the microSD slot makes its triumphant return, but in the meantime, I’ll be spending my money elsewhere.

Find Your Fit: Your Guide to the Best Tablets You Can Buy