Should You Look at Upgrading?

Apple has unveiled its latest affordable iPhone SE and whether you call it the iPhone SE 3 or the new iPhone SE, you probably want to know how it differs from the outgoing model.

While we didn’t get a chance to properly test the new iPhone SE for any of our in-depth reviews, we do know what the big changes are and what parts of the phone they’re about.

From the processor to the camera, here are all the major updates for the new iPhone SE 3.

The biggest upgrade for the new iPhone SE model for 2022 is the performance boost. While the A13 Bionic chipset in the older iPhone SE was far from sluggish, it will be left in the dust by the A15 Bionic that Apple has included in the new model.

This is the same chipset found in all iPhone 13 models, and it remains the fastest mobile chip on the market in our tests. If you’re coming from the iPhone SE 2 (or older model), you should notice smoother performance everywhere from the time it takes games to load to how long it takes for apps to open. 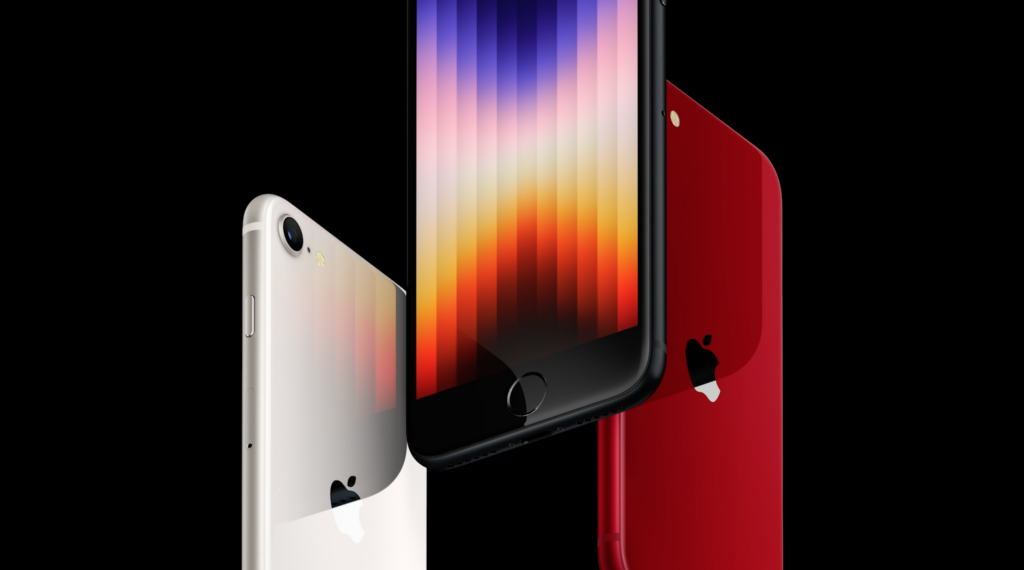 However, the benefits of the A15 Bionic are felt through more than just performance. Apple claims that the more efficient chipset (along with a few other factors like battery design) improves battery life, and since we weren’t impressed with the iPhone SE 2’s endurance, that could be a huge improvement. Of course, since it looks like the battery capacity will be the same, we’ll have to test the new SE closely to see how obvious those improvements are.

Finally, the iPhone SE 3 offers support for 5G. If you have a 5G plan and are in a supported area, you may see improved speeds for your data connection. The outgoing SE was a 4G device.

Both the new and old versions of the iPhone SE have a single 12-megapixel rear camera, but the photos of the 2022 model should be much improved.

Apple has beefed up the sensor and added software features such as Smart HDR 4 and Deep Fusion, both of which have been enhanced by the A15 Bionic chipset.

We will of course have to test the camera properly when we get a test sample to see what the most obvious differences are. 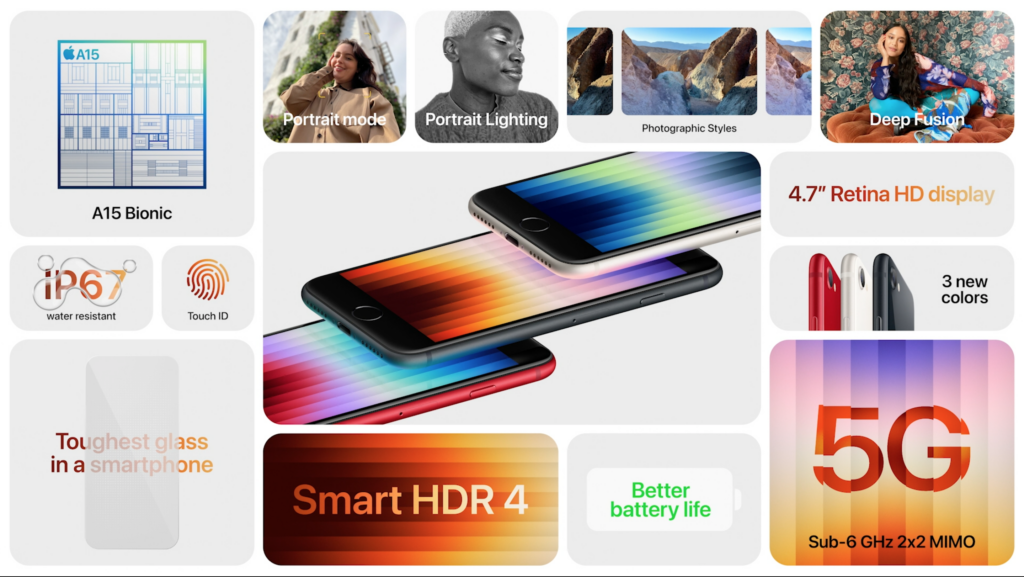 If you were hoping that the new iPhone SE would represent a massive shift in design, prepare to be disappointed. Although it is a bit lighter, the overall look is pretty much the same. The home button remains, as does the large screen edge and it is available in three fairly standard colors: red, black and white.

The display also remains the same on both phones. There’s no OLED here, just a Retina HD (1334 x 750) panel measuring a rather minuscule 4.7-in. Both phones have screen benefits such as True Tone for adaptive colors and coverage of the P3 color gamut.

While both phones have an IP67 rating for some form of water resistance, only the new iPhone SE has tougher glass for added drop protection.

While the lack of a design refresh is disappointing, there are some notable leaps and bounds here. The performance will be great – and we know that because we’ve already tested multiple devices with the same chipset. That improved A15 Bionic silicon should also help with battery life and camera improvements.

The iPhone SE doesn’t have the same impact as a major iPhone-numbered launch, but to the public out there, it feels like a good upgrade. An updated design would have been nice though,

was original published at “https://www.trustedreviews.com/versus/iphone-se-3-v-iphone-se-2-4215470?utm_source=keystone&utm_medium=keystone_core_reviews_rss&utm_campaign=trusted+reviews”