Opinion: How Google Pixel 6 Pro propelled me to iPhone

Last year, my expectation for the new Pixel couldn’t have been higher. I’ve been using smartphones from the Pixel lineup since 2018, the first was the Pixel 3 and then I switched to the Pixel 5 in 2020. What made me choose a Google phone at the time was the experience with the camera software. In addition, Google’s Android has always fascinated me.

When the first information about the Pixel 6 hit the web, I was struck by the drastic change to the camera module and the potential of a Google-customized SoC to optimize features like artificial intelligence (AI) and machine learning (ML). In other words, it was the great evolution of the series, if you have any doubts about that, the comparison between the Google Pixel 6 and Google Pixel 5 can show the technological leap between generations.

Then, in August 2021, Google announced the new Pixel 6 and Pixel 6 Pro and the first red flags started to appear. The phones were big, drastic visual changes, biometric sensor migration and while powerful, the new Tensor processor couldn’t be tested yet. The devices have been released, but we received an NDA about the reviews and some features were still in beta, as was the case with some camera features. Red flags, red flags, red flags!

However, before I get into the Pixel 6 Pro issue, I need to provide an overview of my life between the two operating systems. 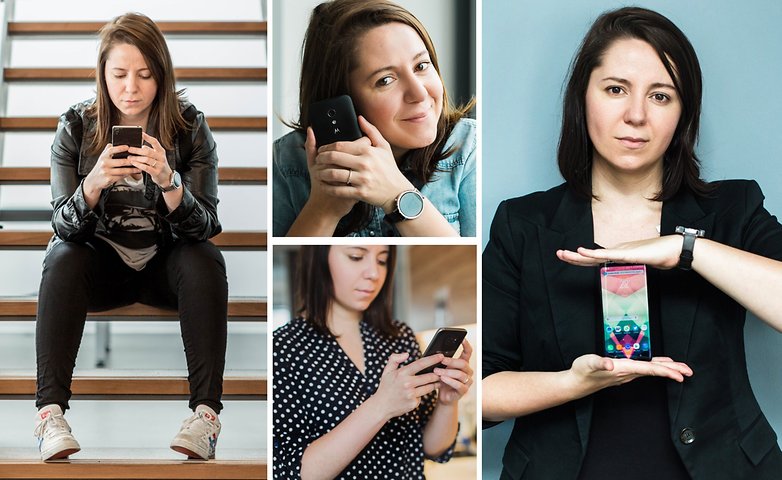 12 years is a long time with Android, but changes are good too / © NextPit

A life divided between operating systems.

In 2019 I started working on covering broader topics about technology, not just the Android ecosystem. And so in 2020 I started using the Pixel 5 as my personal device and the iPhone 11 Pro Max as a phone for work issues. But what really brought me closer to the iPhone series was the Apple Watch, which I consider to be the best wearable device in its category today.

For professional reasons, I also exchanged my MacBook Pro in 2019 for a Dell Inspiron laptop with Windows. Which removed me from the Apple ecosystem at the time. However, with the purchase of a new MacBook Pro in late 2021, it was inevitable to realize the ease of integration between Apple services.

But then again, this was never new or an issue for me, because until then I preferred Android smartphones over iOS, and the Pixel series was the reason I never really switched to an iPhone. However, my frustration with the Google Pixel 6 Pro ended that relationship when I discovered that a Pixel is no longer good for me! 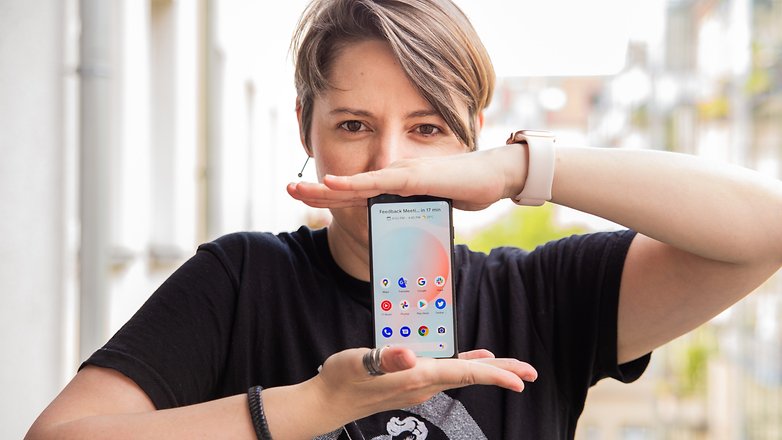 Since the Google Pixel 3, Google’s smartphones have been my top choice / © NextPit

The Pixel 6 Pro is no longer a phone for me!

As mentioned above, the reasons I chose Google as my favorite smartphone brand were the camera quality of the Pixel line and the fact that the company develops the Android software. The integration with G Suite and other Google services has always made my life easier and more efficient.

The size of the phones also really appealed to me, and Google’s efforts to keep my data on the device made me feel less insecure. And this has only improved with the release of Android 12 and the addition of new security and privacy features.

In that sense, it might seem like the series hasn’t changed much, but it’s amazing how a few harmless choices can drastically change the experience we have with a device. And the biggest is the size of the phone.

The Pixel 6 Pro is too big

It takes some getting used to to go from a 6-inch to a 6.7-inch smartphone. You have 60 grams more in your hands and even for ordinary actions such as taking a selfie it is already different. The device no longer fits in any pocket and given the inaccuracy problems of the biometric sensor on the screen, two hands are often needed to unlock the device. 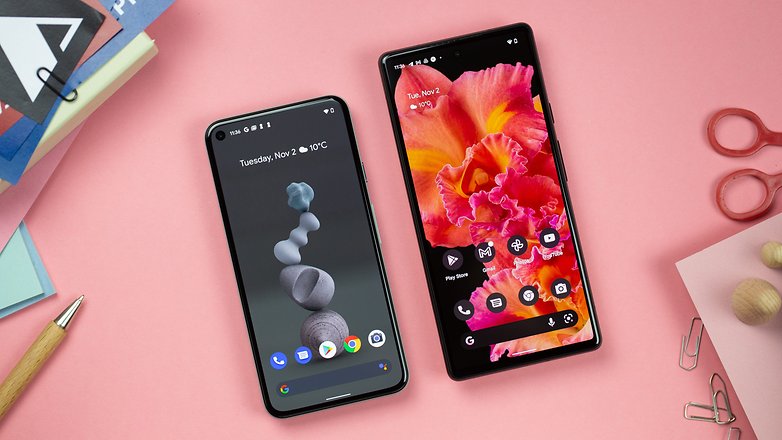 Side by side, the Pixel 5 (left) is already much smaller than the Pixel 6 (right), and the Pixel 6 Pro is even bigger / © NextPit

Obviously with the bigger size we get more content on the screen, a bigger battery and a bigger camera sensor that can capture more light. However, I didn’t adjust for the size and weight of the Pixel 6 Pro and it impacted my experience with the phone a lot. While the screen is great for streaming videos and playing games, for everyday use, the size of the device is a concern for me. But there’s more…

Advances in artificial intelligence (AI) and machine learning (ML) have always fascinated me, often giving up my privacy to test and understand how certain ML models work. And one of the features that interested me in the new Pixel series was undoubtedly Tensor’s adaptation to handle computational photography and natural language.

Despite the improvements in photos taken with the Pixel 6 Pro’s lenses, we’ve had a real upgrade in the series in the video aspect. And right now I’m not into making videos to really feel all this evolution. 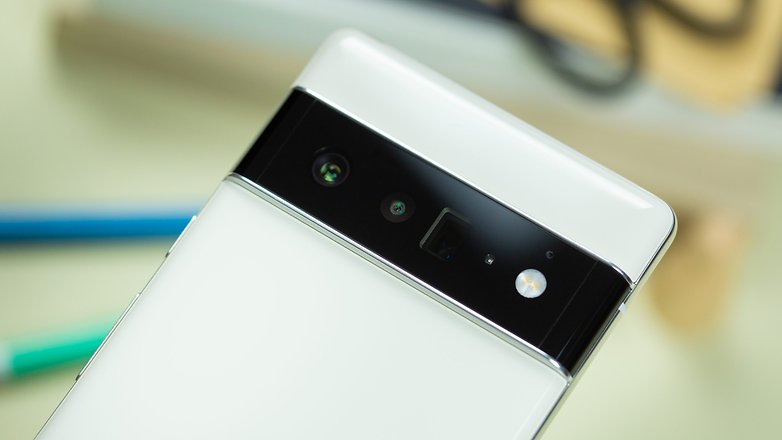 The Pixel 6 Pro’s camera is excellent, but that’s not unique! / © NextPit

And for even more frustration in this area, for example, some services like Google Duplex and Hold for me are not available in the region where I live. Sometimes I feel like I’m carrying a sleeping giant up and down. It is a smartphone full of potential, but limited by an experience that – for now – only exists in the world of ideas. Which brings me to the last and most important reason to stop using the Pixel series: I’ve grown tired of justifying bad experiences under the heading of “early adopter”.

The past three months have been a collection of frustrations

Let’s go! Since the release of the Pixel 6 Pro, my experience with the phone has gradually gotten worse, to the point where I felt like I was enrolled in a software beta test. Camera software issues, constant biometric sensor issues, poor screen scrolling, apps being forced to close, unbalanced battery consumption, and delays in sending the monthly security package.

On the one hand, I was convinced that this was part of the experience of playing with a new product, with a processor recently launched on the market … in short, the good old talk of the (after) benefits of a early adopter .

On the other hand, Google did everything it had to do, acknowledged the issues, announced a fix was on the way, sent the security and patches package, sent a super camera software update (318MB)… but I got tired , I’m throwing in the towel and I just want a reliable and functional device.

And that’s why I’m switching to the iPhone! Not that Apple doesn’t collect bugs or that there aren’t exclusive services for the US market either. The point is, Apple doesn’t want to be the first, but the best. 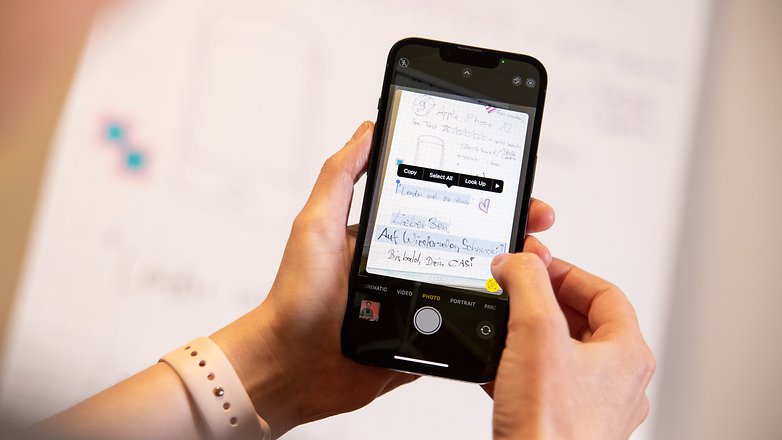 It took a while for features like Live Text to come to iOS, but once implemented they worked properly and securely, without taking advantage of device owners / © NextPit

Finally, don’t take my frustration with the Google Pixel 6 Pro into saying that the device is bad. Rather, this is a smartphone that should mark a specific moment in the history of the development of technologies such as computational photography and natural language. However, I am giving up on participating in this “moment” because what I need now is a balanced and simple experience with a mobile phone, where I can also explore the ecosystem of gadgets around it.

Sure, I could go back to using my Pixel 5 as it’s still a good smartphone and there’s still quite a few updates to go. However, on my priority list, Apple is now filling more checkboxes. And if I regret that choice, I can always go back!

This post Opinion: How Google Pixel 6 Pro propelled me to iPhone

was original published at “https://www.nextpit.com/opinion-how-google-pixel-6-pro-drove-me-towards-the-iphone”