Android 13: Everything you need to know about Google’s next system

With the rollout of Android 12 underway, all faces are focused on the next version of Google’s mobile operating system. Will it be known as Android 13? Are the desserts coming back? What will change with the new system? And when can we expect the launch? Check out the answers (so far) to these questions and much more in this article.

Android 13: when can you expect the new Google operating system?

Android releases currently follow a very predictable schedule, with specific phases laid out to help app developers and device manufacturers prepare for the new release, which usually takes place around the third quarter of the year.

The first official announcement comes with the release of an initial Developer Preview (DP), which shows features still in development for the system. The next milestone usually takes place during Google I/O – the corporate developer event traditionally held in May – when the first beta is often announced.

After about three to five beta versions, Google declares that the version “contains a release candidate build of Android”, meaning that the feature set is final and that at least for app developers, all app interfaces (APIs) are ready for the release. testing applications and games.

After some bug fixes – mostly related to stability issues for Pixel phones – Google is releasing the stable version, coinciding with the announcement of a new Pixel generation, which took place between August and October since Android 6 (Marshmallow, back in the Nexus 5X and Nexus 6P era).

Android 13: What’s it going to be called? Dessert? Superstition?

Although Google dropped the use of the Android codename in its official marketing campaign after Android 10, the tradition still lives among the OS developers and engineers.

For Android of 2022, early changes (commits) sent to the Android Open Source Project (AOSP) repository made it clear that the new version is known internally as Tiramisu.

PLATFORM_VERSION_CODENAME is updated from T to Tiramisu.

Still, the name isn’t really expected to be used in consumer-oriented material, similar to what happened with Android 11 (Red Velvet Cake) and 12 (Snow Cone).

Some NextPit editors also question whether Google is allowed to skip the “13” due to superstition. Be that as it may – as you may have noticed – this article will simply refer to the next version of the operating system as “Android 13”.

Currently, Android apps can use different translations in the APK/AAB, but changing language is usually a system-wide option that applies to all apps. Android 13 changes that by giving users the option to choose a specific language for each app.

The new feature was noticed by XDA Developers, as well as a new option in the Languages ​​& Input menu and app info settings: 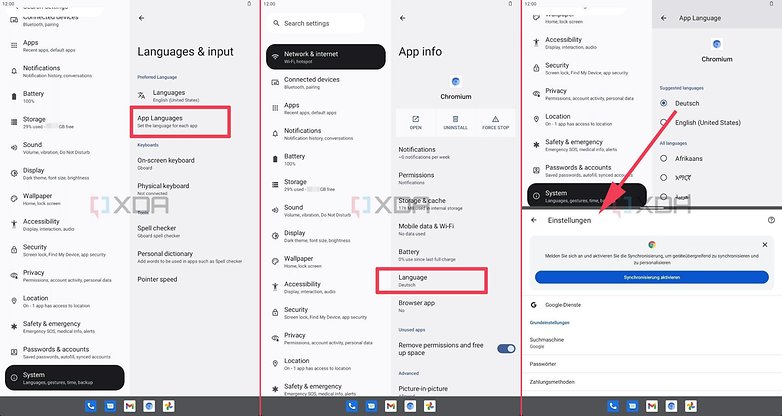 The app language feature is relatively niche, but will be welcomed by NextPit editors / © XDA Developers

To fight spam notifications, users already have some control over how and when apps can send alerts on their Android phone. The next OS version is getting ready to provide a better solution, according to the same XDA leak.

While it didn’t work in the leaked version that the site had access to, there was a new system permission for notifications, treating the feature as the current camera and microphone access.

This new feature looks promising and actually brings back something that was discouraged by Android 10: Android Beam. Android Police has revealed that the new version of the operating system includes the ability to initiate file transfers between devices using NFC, just like the retired feature.

While Near Share offers a similar solution for the same task, Tap-to-Transfer uses the increasingly popular NFC (or possibly UWB) antennas to transfer photos, videos, and other documents between phones.

This new feature, known as TARE, adds a credit system that puts limits on how apps can consume the phone’s resources – CPU, GPU, battery, etc. The system is still in early development, but it seems like it Android’s battery usage can help improve.

Other features possible with Android 13 . come

In addition to these, leaked Android 13 builds hint at a few other minor changes:

A special Show QR Scanner option that can be accessed on the lock screen. Improved UWB support, with more features available to device makers. Support for Bluetooth LE Audio and the Low Complexity Communications Codec (LC3). Audio output selector for Material You, with the ability to choose between speakers, phones and adjust the volume.

More colors for Material You

Following the attention drawn to Material You, Android 12’s new design language, Google is ready to visual concept even further with Android 13. According to a leak from Android Police, the new system will offer even more customization options, with a wider selection of colors.

Here you can see the color palette calculated using the background image via “Tonal Spot Style” – this is the classic approach similar to the one in Android 12. © Google via AndroidPolice

Here you can see the background image with two widgets, with each color matched. © Google via AndroidPolice

The notification bar pulled down is also subtly color-matched. © Google via AndroidPolice

This also applies to this Tone Point style settings dialog. © Google via AndroidPolice

With the Vibrant Style, the colors look a bit more vibrant. If you go back to the first photo, you’ll notice that the colors are more saturated in direct comparison. © Google via AndroidPolice

The background image is logically the same, but even with the widgets, the difference is barely noticeable. The colors seem a bit redder here. © Google via AndroidPolice

The same goes for the notification bar, which also looks a bit pinker. © Google via AndroidPolice

And finally, the background image in the vivid style has colored the menu dialog a little redder. © Google via AndroidPolice

Now it gets colorful. With the Expressive Style, the color palette takes on tones that aren’t in the background image, but that are part of it. © Google via AndroidPolice

For example, the widgets look much more colorful here, which can be recognized by the numbers in the clock. © Google via AndroidPolice

… in this menu dialog. That was the expressive style. © Google via AndroidPolice

Last but not least, the “Spritz Style”, which is less sparkly and more subtle. The colors appear highly unsaturated. © Google via AndroidPolice

This can be clearly seen in the widgets: the numbers are quite gray here. © Google via AndroidPolice

And the notification bar also looks almost black and white, just like… © Google via AndroidPolice

If you’ve seen enough Pixel 6 photos with the lock screen, you may have noticed that they all had basically the same simple layout, with time centered on the screen with a 2×2 layout (hours at the top, minutes below). ).

A leaked version revealed by XDA Developers revealed that Android 13 will bring a new Lock Screen option to disable the dual line clock by placing a smaller clock in the top left corner of the screen. 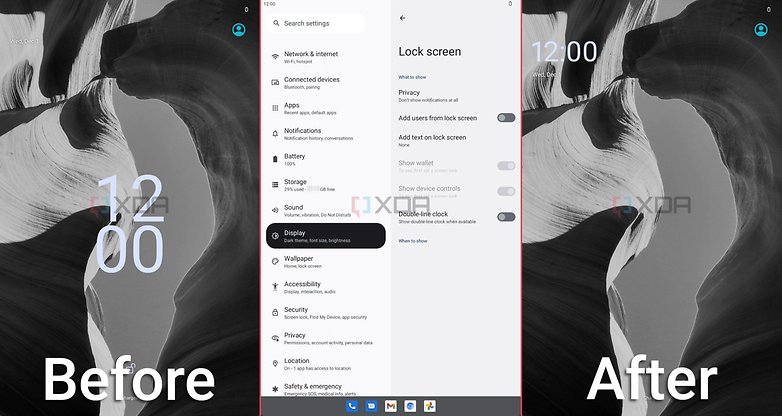 The update is expected to be available the same day for other Google smartphones, starting with the Pixel 4 and newer. 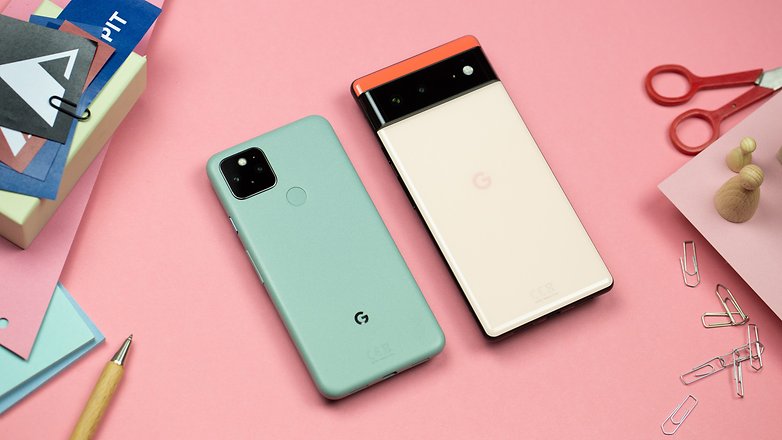 As usual, Pixel phones are expected to be the first to Android 13 / © NextPit . receive

The availability of updates for other makes and models will vary greatly, so we recommend checking out our guide to each manufacturer’s update policy:

This article will be continuously updated leading up to the stable release of Android 13. Be sure to follow NextPit facebook, Twitterand Telegram to be notified of new features, development releases, and device support!

This post Android 13: Everything you need to know about Google’s next system

was original published at “https://www.nextpit.com/android-13”